Jump In Your Grave... 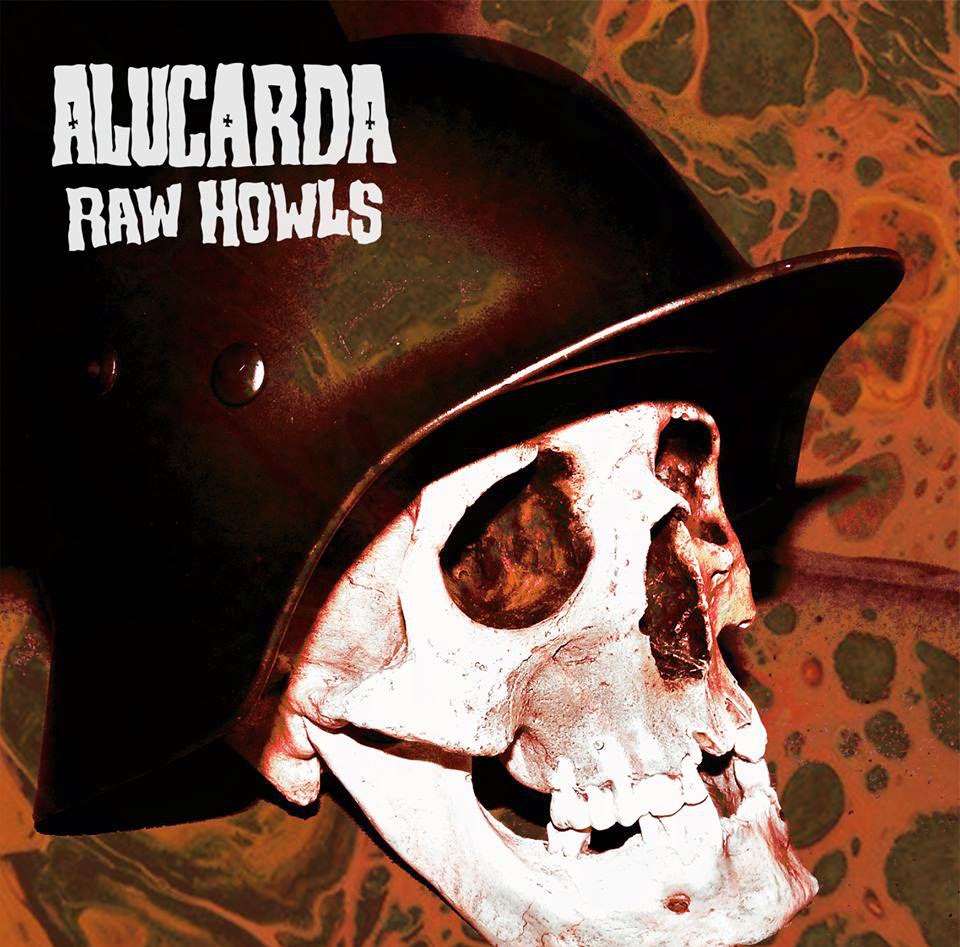 Raw Howls is the first full-length release from this Danish group, and with the seven songs held within its cassette, the group builds strongly on their demo from 2013.  Side A kicks off with a visit to "Northville Cemetery", plunging listeners into hard waves of fuzz and dirty low-down grooving, supplemented with some raw vocals (which are still fairly fuzzy, thanks to some added effects).  The band's not afraid to work in some finger-torturing guitar solos, which leap in, writhe about, and vanish as quickly as they'd arrived, making for some effective jolts of energy to keep the songs twitching.  There's also some pummeling action from the drummer's corner, giving Alucarda more head-banging potential than a lot of other modern doom rock bands.
As the album continues, the band plows right along, losing little animation or compulsion in their rough-edged madness as they head through one den of evil after another.  It makes for one of those albums that can just sweep you up in its spirit, flowing together so well that you're loath to pull yourself away until it reaches the end.  It's another fine release from Caligari Records, who had a pressing of 150 yellow-plastic cassette copies made, though you'll want to act fast if you want to catch one to fill your crusty black leather cravings.
~ Gabriel