Rips For The Road... 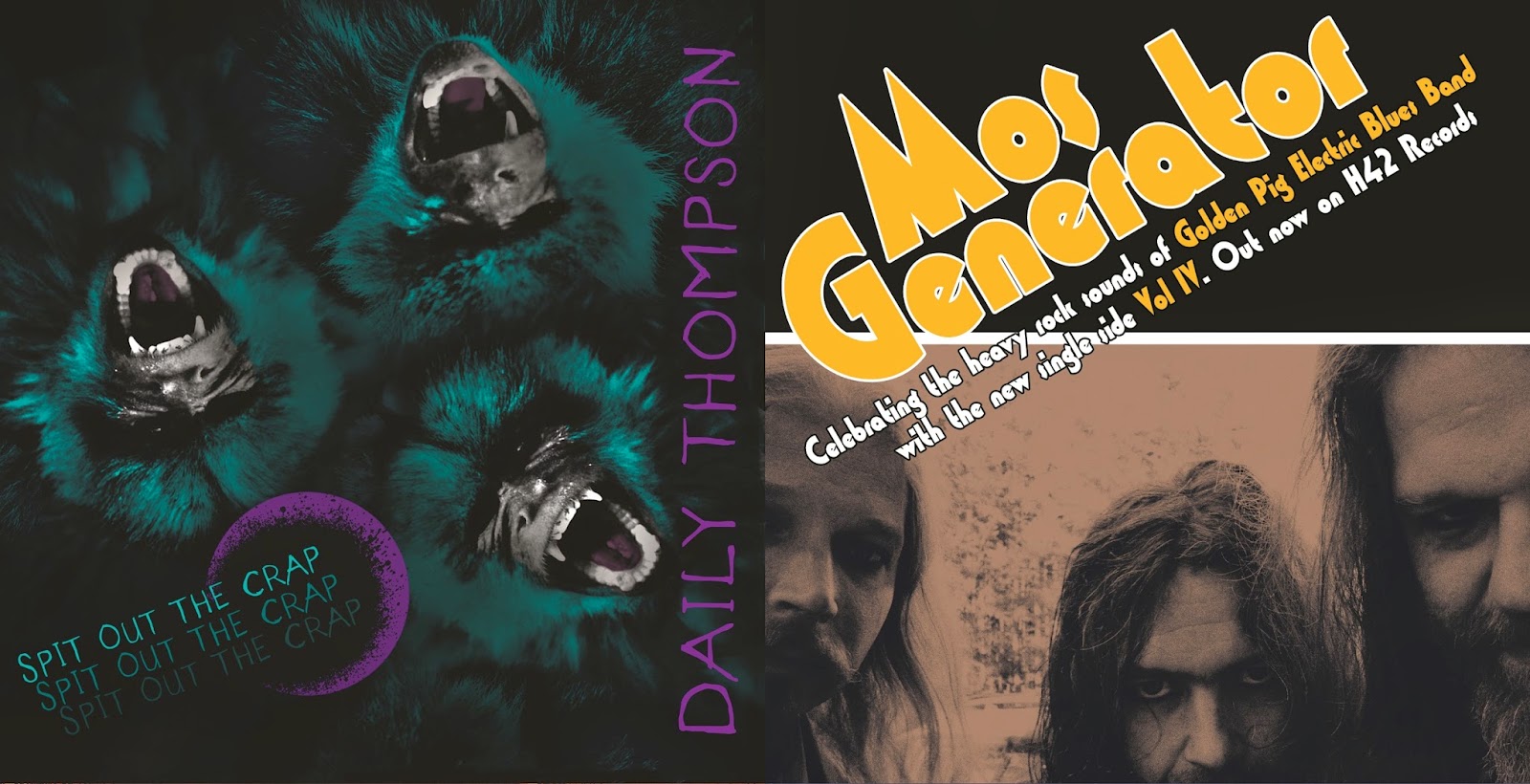 On the latest 7" from H42 Records, they've brought together America's Mos Generator with the German group of Daily Thompson, and the result is two very fine slices of heavy rock.  Mos Generator's side of the split, "Vol. IV" (a cover of a track by Golden Pig Electric Blues Band), smears dirty fuzz all over the insides of your ears, kicking along with a low-down groove which drifts casually into a near-psychedelic floatiness before getting heavy enough to drop back to earth once again.  According to the liner notes, this track was recording in a band member's living room, along with a track found only on the bonus cassette that comes with the die-hard edition.
Over on the B-side, "Spit Out The Crap" is Daily Thompson's contribution, and while it's just as fuzzy as the first song, there's a lot more driving by the drums to be heard here, propelling it further towards traditional desert rock than Mos Generator's side.  As mentioned earlier, there is a die-hard edition (limited to 75 copies on silver vinyl, 15 of them including a signed art print), which comes with a cassette including both vinyl tracks, with a mix of four live, demo, and studio tracks to round it out.  Aside from that edition, there'll be four other vinyl colorations (including a North American distribution), so you'll have a nice variety of options to pick up this bit of fuzzy goodness.  Pre-sale starts March 1st, with official release April 26th, so you've got a little time to get your finances in order and snap up one for your collection.
~ Gabriel