Down to the Bones... 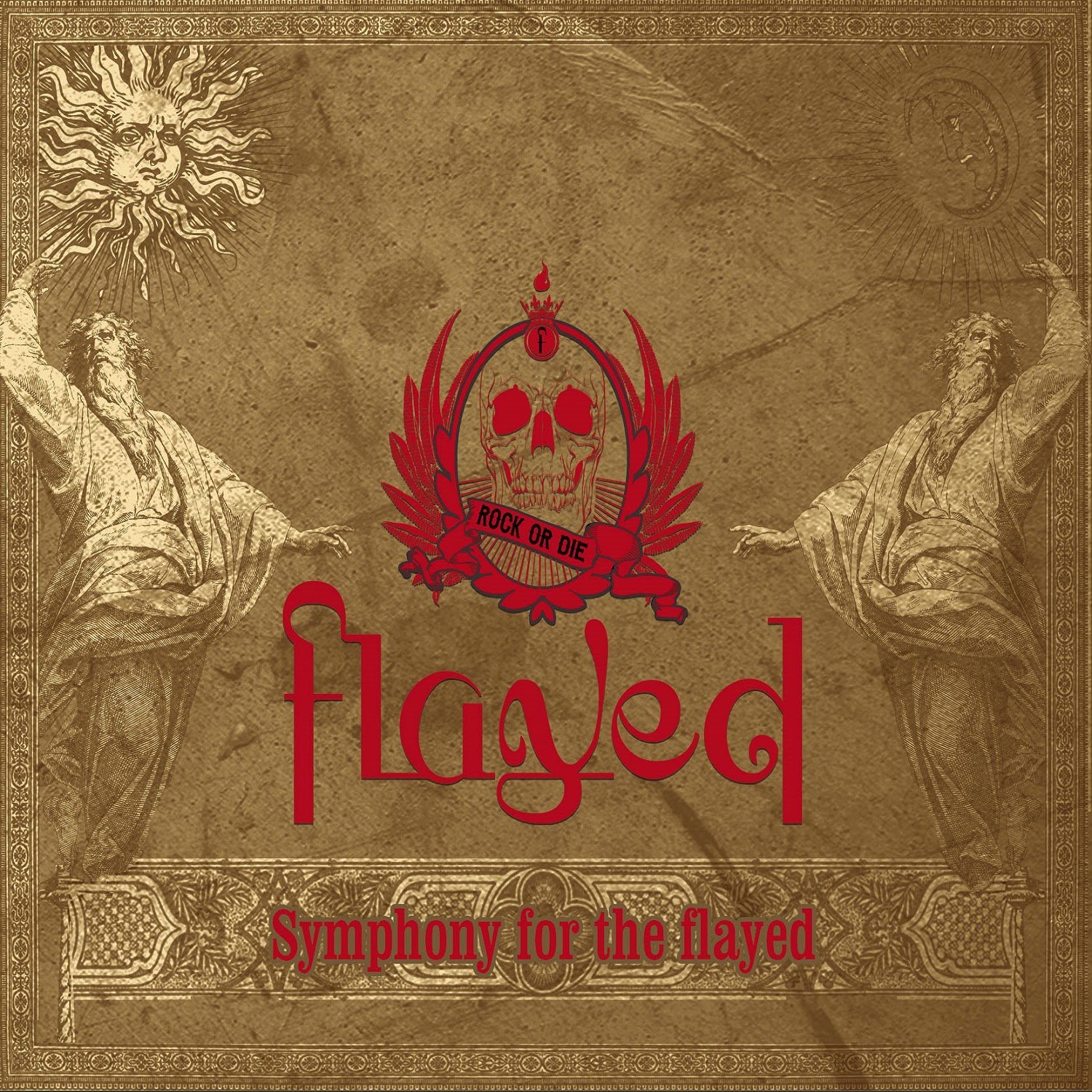 Having started in 2013, the French sextet of Flayed is still finding its way, but here on their first album, with its ten solid tracks, the group shows that they've already got firm footing.  Opening with the old-school rock style of "Sweet Coverage", Flayed treat listeners to a cross between AC/DC's arena-ready stomp rock anthems and Deep Purple's less rigid groove explorations.  As the album continues, the group digs further into rock influences from the '80s, with noodly guitar solos, reliable drum rhythms, and bass that gamely plugs along under the hard rock vocals.  With such an easily-identifiable era of inspiration fueling their music, it does feel as though there's less variation than they could have used (aside from a weird flash of a Mario Bros. melody bit in "Son Of Sickness"), but through it all, the band careens along with enough energy and enthusiasm to put plenty of well-established groups to shame.
While I'd like to hear them turn up their Deep Purple influence, going more jammy or psychedelic with the songs (as they show they could easily do with stuff like the keyboard and guitar indulgences in "Superhero" and the title track), I can't fault them for putting together material intended to get the crowds moving and swaying along at their live gigs.  On that front, they're doing just fine, as I repeatedly found myself bopping my head along to their rhythms before I knew it was happening.  They've got chops and synergy going for them, so it will be interesting to see how they further develop their sound and style on subsequent releases.  For now, if you want to get some classic-sounding high-octane rock and roll, these guys have the stuff to fill your cravings.
~ Gabriel