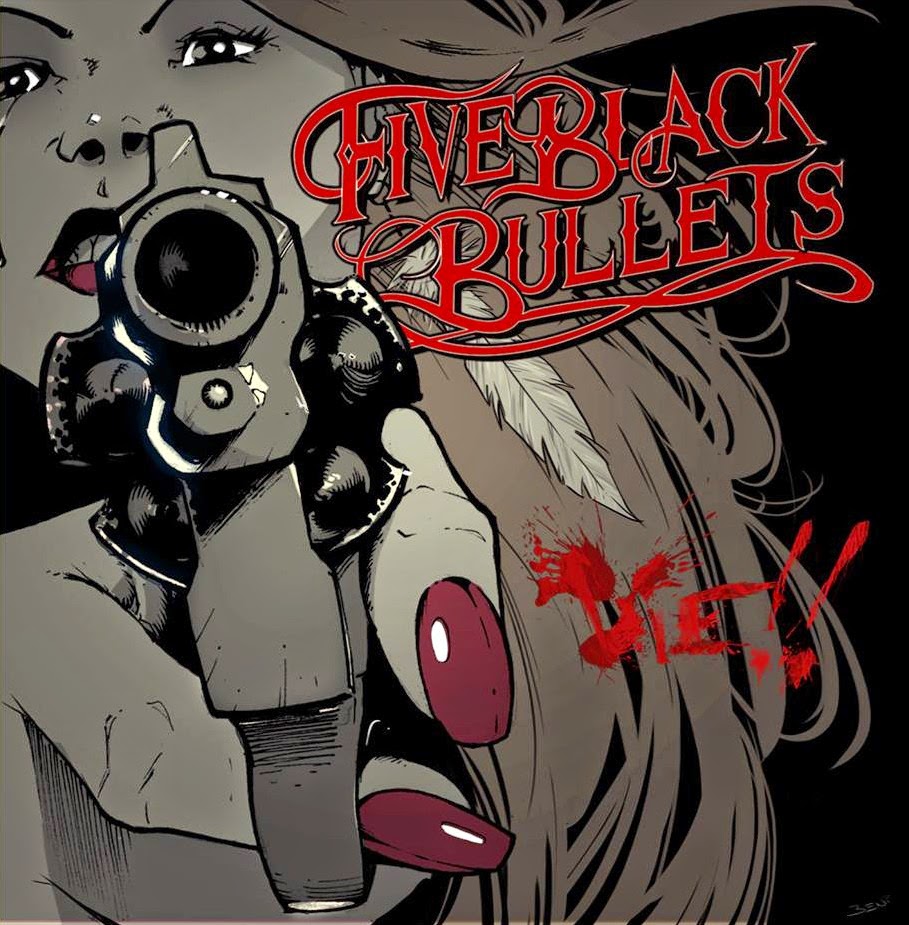 Following up on their demo, Five Black Bullets have released their first EP, and with its five tracks of traditional hard rock, the Spanish band throws themselves into their music with considerable passion.  They've got a good knack for keeping the guitar and drums cranking right along, with some solos that slam in, rock out, then launch right back into the rest of the song without bumping the momentum out of line or seeming disconnected.  It's stuff that would fit in well at a rowdy pool hall or bar, with the old-school love of (as the last track puts it) "Sexx Booze and Rock&Roll" worn on their sleeves and fueling their hot-blooded rips and riffs.
A highlight of the EP is the easy-going way in which the band is able to blend together influences from all the decades going back to their roots in the '70s, adding some arena touches here, some semi-grungy alt there, and distilling a smooth (but not too smooth) and tasty brew from all the flavors packed into the mix.  They've got the skills and verve to get your feet tapping, so if you're in the mood for some earnest rock & roll, load up Five Black Bullets and give them a shot.
~ Gabriel