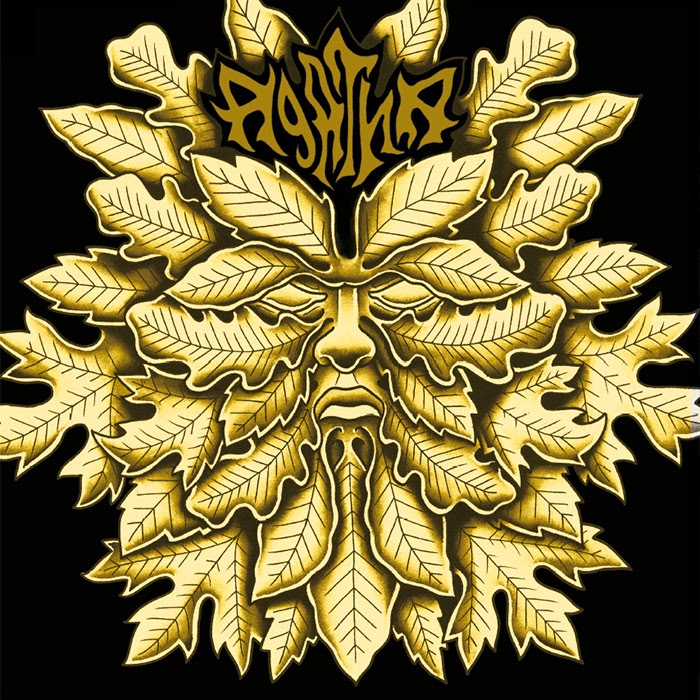 Here with their third LP is Agatha, a group which started out as a trio, but has functioned as a two-piece since their last album, Goatness.  On Gravis Atque Gravior, the duo unleash sludge with plenty of noisy excitement, bolstered by a sense of momentum and groove that doesn't hold back on snap or anger.  Between the bass and drums, Agatha generates a storm cloud of sound, sparking with their vocals and shifting dramatically through a variety of approaches to pour out their wrath.
The instruments are put to work without mercy, twisted and stretched into an array of forms thanks to the duo's inventiveness, pedals, and open-minded technique, with what sounds like some light application of studio effects to further enhance their sound.  Each of the songs effectively creates its own mood and atmosphere, as with the stomping "Right Not Right", the hard glide of "Black Owl", and the closing darkness of "Keep Breathing Please".  "Planets Conspiracy", which crops up near the middle, shakes up the percussion style once again, and features a vocal appearance by Stefania Pedretti of Ovo, who meshes in well with the style surrounding her on the album.  From start to finish, Agatha acquit themselves admirably, maintaining enough freedom from the limits of expectations to really create something undeniably all their own.
The album is available on vinyl in Europe and North America, on cassette in the US from No Work Records, and on CD by Overdrive Records, so if you enjoy sludge that takes the NOLA blueprints and throws them in a fire before setting off on their own, you've got your choice of format for giving this group a shot.  There's no telling where they'll head off to from here, but it certainly won't be revisiting old territory.
~ Gabriel