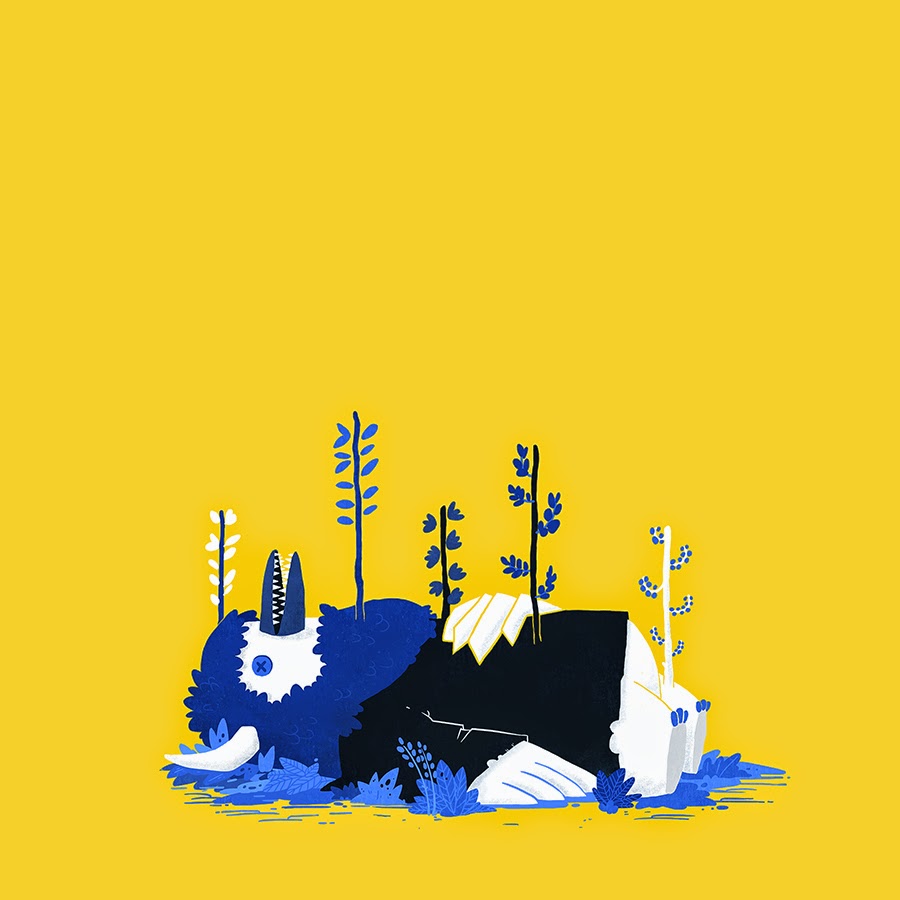 Rizoma are back with a new pack of songs, following up on the strength of their self-titled debut from 2013, with their humor and bleach-burned technique intact.  Sounding crisper than ever (though their crusty style of acid punk psych rock lives on without any compromising), the band shreds and stomps through their track-list, having fun while blistering their fingers and thinning their drum-skins.  Playing with enough looseness to keep the sense of improvisational magic alive, but still grounding things with reliable riffs, Rizoma tear like a good-natured tornado through the songs, ripping up one zone after another in a storm of fuzz and thunder.
Thanks to the group's manic energy, each song feels distinct and vitalized, with tendencies towards dull repetition being chased away and enthusiastically beaten to a pulp by the band and their instruments.  While the shortest songs here are generally the least restrained, I found myself really appreciating the work put in on keeping the longer stuff just as exciting.  The band has a knack for sustaining lively cohesion in their songs even while flipping out, and if they're still this invigorated after the rush of their first release, it speaks well to their ideas for the future.  If the sunlight is starting to show where you live, or if you just need something to heat you up from a chilly January, snap up a copy for some instant gratification.
~ Gabriel

For Fans Of;    Special People, Ramones, Daisy Chainsaw, Nations On Fire, The Escatones