The Dolly Rocker Movement ~ Our Days Mind the Tyme (2010) 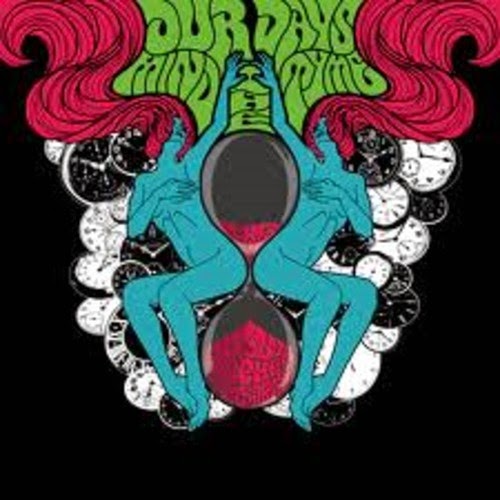 Even though the album "Our Days Mind the Time" came out way back in February of 2010 on Bad Afro Records, it unsurprisingly sold out quick. While The Dolly Rocker Movement is now defunct, Bad Afro has re-issued the album on CD and limited vinyl. Like label mates Baby Woodrose, they have that immortal 60's psych sound mastered, it's like the summer of love never ended. That's not to say it's some cookie cutter album that lacks all originality, quite the opposite. Even though the sounds on the album harken back to those good ole' days of free love and plentiful acid, it's very much capable of standing on its own two feet in the present day, and a testament that there will always be people who appreciate psych rock. Just take the opener "The Only One" for example, starting off with a hypnotizing electric organ part that demands attention, backed up with a strumming guitar piece, it takes a few moments for the vocals to make an appearance in all of their reverb drenched glory, but when everything comes together you have a song that any unsuspecting listener would say is from a time long gone. And that would just be the tip of the classic psych rock iceberg, with all of the songs having a different vibe, slightly different influences it would seem. Like the third track "A Sound For Two", with heavy folk rock influences, or the next track "Coffin Love" following down the folk rock path again, but this time with a female vocalist in tow. By the time you get to the fifth track "My Heavenly Way" you're caught off guard by a garage rock whirlwind, and then you still have five more songs to contend with. Luckily it seems there are still some vinyls available over at the Bad Afro Shop, and even a few CDs, so move quick and you shouldn't have any problem snagging one or both.
~Skip

For Fans Of; The Doors, Baby Woodrose, Syd Barrett