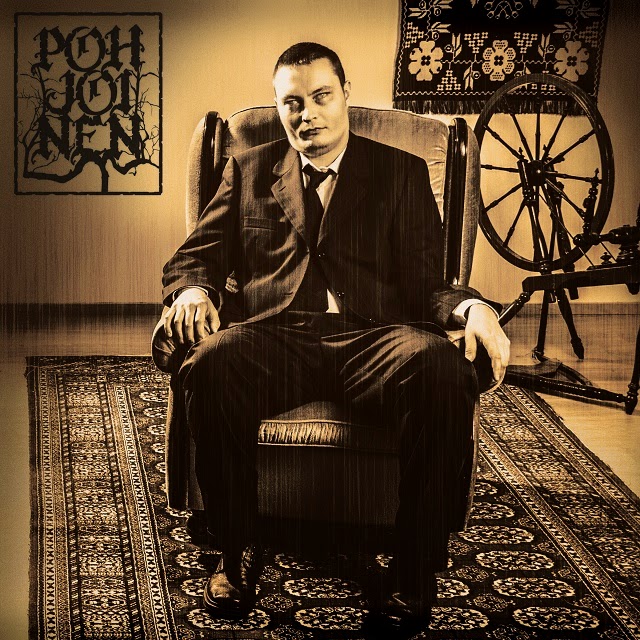 Standing strong almost exactly at the one-hour mark, this debut album from Pohjoinen has been in the works since their demo came out back in 2012, and the quality of their stoner rock voyage shows that the wait was not caused by any sort of slacking off on the music-making.  Thick with fuzz and dense with bass reverb, the songs chug along with gathering force like a train with its brakes cut, growing practically demonic as the songs get leaner and meaner.  At the same time, they're finding ways to incorporate proggy experimentation into their recovery bridges, making for songs which will cut the legs out from under you but land you (sometimes) on a soft groove; other times, you're in for more sludgy beatings.
It's difficult to pick out one unifying mood for the album, since the band moves through anger, hope, depression, stoniness, and dominance, making each seem like a natural fit and growth from the songs.  An impressive album, even more so as a debut, and one that should definitely be checked out by any fans of heavy rock that looks beyond what's already been done.
~ Gabriel