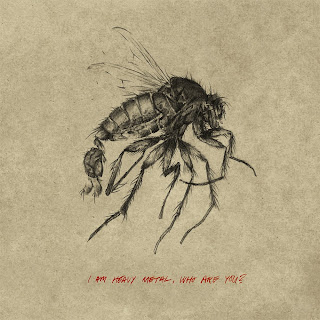 Do you like hard rock, either modern or heavily influenced by what it was in the '80s?  If the answer to that is a 'yes,' then you'll probably want to check in on Omar, a group releasing its first album today; it would have been here sooner, but due to a stolen shipment of vinyl, the time is now.  Relying on head-banging rhythms and noodly guitar riffing to pull in listeners, Omar bring in more heaviness than this style of music usually handles, though never really enough to shift it into 'heavy rock'.  Thanks in part to the glossiness of the mixing and production, things do go a little too close to radio rock (especially with the vocals), but the band's enthusiasm is hard to deny.  While the heavy metal claimed by the title doesn't appear too often, Omar does have it in them when they calm down, with tracks like "Ounce of Dirt" and "Bayonet" showing a more compelling style as the band gets less giddy.  Depending on your tolerance for cock rock, you might get more or less out of this, but there's little doubt that it's exactly what Omar wanted to do.
~ Gabriel