In the Valley of Freaks 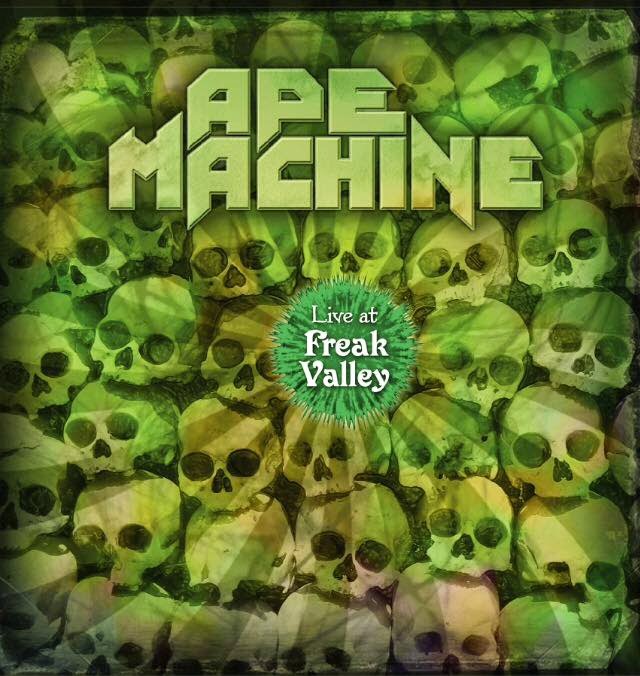 With the advent of digital recording via programs like Pro Tools, live albums are able to take on a whole new level of almost studio quality sound that even some of the most iconic live albums of the past haven't been quite able to attain. Then along comes something like Ape Machine's "Live at Freak Valley" album, and you're left with all the great things about a live performance, without the downsides that can really play on the listenablility of a live album. With their hold over 70's sound, everything about this release really falls together quite nicely. Pulling from tracks off of all their releases, including a cover of Deep Purple's "Black Night", it's a stellar set they played at Germany's "Freak Valley Festival", and the energy of their  entire performance seems to translate right over to the album version. If you've never heard Ape Machine, this is as good a place as any to gain an introduction, and those that have had these guys on their radar before, this is definitely not something you want to miss out on. You get tracks like the howling "Angry Man" where things get a little more bluesy, but the guitars stay heavy and keep that 70's twang rolling, with a grooving bass part and quaking drum rhythms. All the while the vocalist is wailing away on top of it, mixing staggering highs and lows, and always at high energy in the whole performance. From there it leads seamlessly into  "Mangled By The Machine" which is a heavy riffing, Black Sabbath-esque monster that will have you head banging from the first few seconds all the way to the last few. And with a bruising drum solo that hits more skin than a porn star, it's not hard to see why they saved it up for the very end of the set. Now, the sale date of this fine piece of vinyl is May 9th, still a ways off, but it should definitely go on your "to buy" list early, as it's limited to just 500 copies. They all come with a DVD copy of the entire performance also, that includes a couple songs from the set that didn't make the album cut. That's a lot of Ape Machine that the folks over at Ripple Music are offering up for 25 bucks.
~Skip