Roars From The Woods... 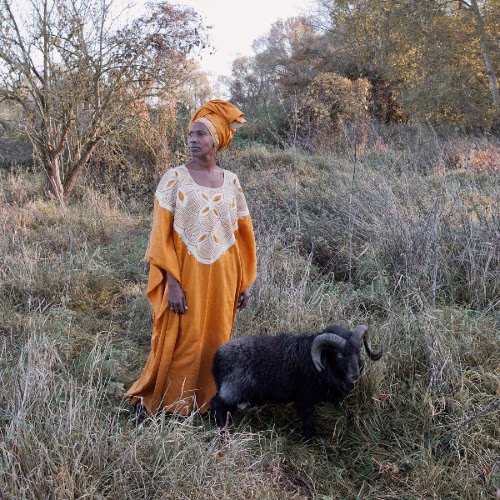 It was back in 2013 that Ø L T E N dropped their debut EP on the world, and now the time has come for the Swiss group to share the grandiose tunes they've been cooking up in the wake of that first release.  The first of the five tracks on Mode is "Bözbeg", which opens things up with a slow and drony bass cutter, pushed along by the drums as the guitar comes in with a twisting riff to capitalize on the drifting momentum.  The trio works well together in the absence of vocals, and there's a nice woodsy feel to the music, for all of its amp-powered resonance, coming to life somewhere in the buzz of the strings and the ringing between beats.
After that dark trek into the wilderness, it's on into harder-hitting territory, as "Mamü" shows the drums becoming more aggressive and pulling the others along with it.  More savagery awaits with "Ogna", "Gloom" throttles things back down while taking its place as biggest track at ~10 minutes with building tension before erupting into the album's only instance of (absolutely mad) vocals, and "Güdel" bring the album to a stop by slamming it into a darkened wall of sound.  Digital versions get an instrumental version of "Gloom" at the end, but I'd really recommend going at the album without the bonus track, at least initially.
The variation from song to song comes mainly in tempo and intensity, but the group's roots are so firmly dug into heavy earth that it all slips together into one spine-melting experience.  Rare to come across this type of singular flow in an album, let alone on the first from a band, it's something that has to be heard to be believed.  It also seems likely to cause permanent speaker damage if played as loudly as it deserves, so use caution when consuming Mode, but by all means, try it out.
~ Gabriel

For Fans Of;    Kalamata, Jess and the Ancient Ones, Monolord, Funeral Horse, Albinö Rhino