Leader Of The Herd 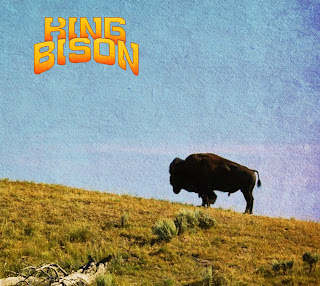 From those rolling Pennsylvania hills comes a band that sounds like it could be from the heart of the south. The follow up to King Bison's debut EP is a self-titled 30 minute romp through the woods in a 4x4, guzzling beer and smoking copious amounts of dope. These are straight forward, heavy stoner rock tunes with just the right amount of southern rock and blues influences in there to give them that extra little bit of groove in their riffs. Somethings remain timeless, down and dirty, heavy riff driven rock is one of those things. It really doesn't matter which song you go to on the album, it's going to be a killer. Between thumping drum rhythms, distorted and fuzzed out southern fried riffs you have a smokey, blues infused vocal delivery. Not being able to talk about just one of these tracks, because it wouldn't do justice to how stellar this album is. "March of the Sasquatch" had me hooked on the first listen, I think I hit the back button quite a few times that first time. You have a song about cryptid beats from around the world, matched with slamming drums and a riff that's fuzzier than Bigfoot himself. The next track that grabbed me was "Pariah", because everyone likes a song about a good lookin' woman. Sex, drugs, and rock and roll, man. With some rough vocals on this one, it's really a heavier than hell blues song, and it's great. Hell, it might even get you laid. The closing track, "Space Boogie" is little bit more mellow than the other tracks, with a bit of psych thrown in at points just to spice up the batch some. Once you get into the second half, a massive guitar solo starts howling and takes over until the end. Look for this album to really catch on once word gets around, and you can be the first on your block with the CD from Snake Charmer Coalition, or just grab the digital copy from King Bison. Either way, you'll want in on this one.
~Skip