Home In The Woods... 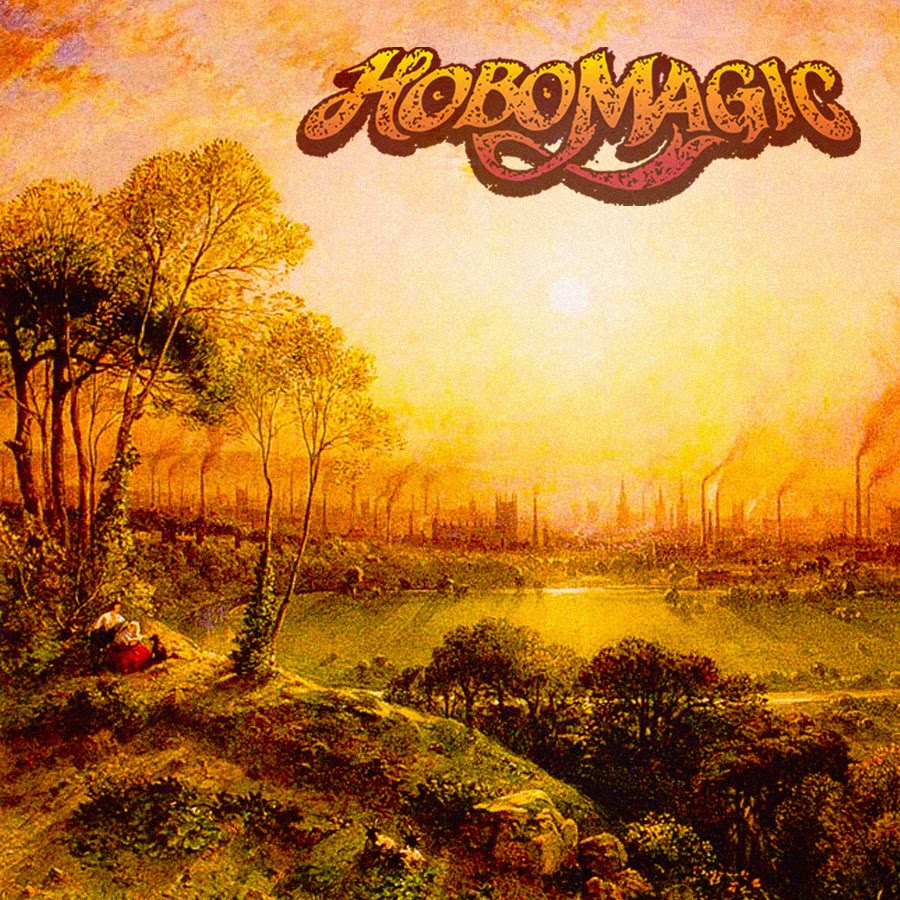 Despite a run-time just shy of 45 minutes, Hobo Magic have branded their self-titled debut an EP, and with five years of work leading up to the release (after the 2013 teasing single track "Tides of the Astral Sea"), I'm not inclined to argue with them.  While this somehow slipped through our net last year, the recent reissue by the fine people of Desert Highways makes for a nice opportunity to fix that lapse while enjoying some tasty tunes.  Hobo Magic have their flag planted firmly in the soil of heavy rock, with a splash of jazziness joining the usual associated influences of desert, blues, stoner, and psychedelic, and the cool grooving they roll along on makes for a damned impressive first full release, EP or otherwise.  Truly rollicking guitar joins with the bed-rock bass tones and power-drive drums for a potent blend of heavy and hard, and when the vocalist comes in with a howl or smooth wail, it slots right into place.
With only one of the tracks dropping below the six-minute mark, there's some big chunks of heavy rock to sink your teeth into here, with enough experimentation and occasional out-right rambling (off-set by full-tilt peel-outs) to make for a record that lets you find something new each time you revisit it.  Definitely keep an ear on this crew, and an eye on Desert Highways for the physical arrival of Hobo Magic.
~ Gabriel