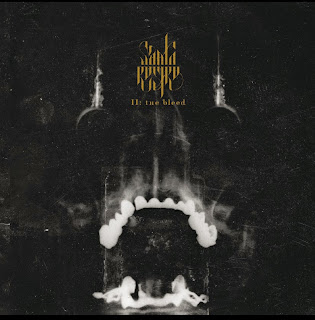 Spanish band Santo Rostro are back with the follow-up to their 2013 debut, further experimentation and reflective musical tangents providing the growth expected of a promising band returning for more.  Hard guitar riffs and drumming, slow melodic interludes, proggy time arrangements, the occasional blues jam, and sludgy bass licks make for a whirlwind of expression while the band takes hair-pin detours and track changes in steady stride, and the sheer range of ways they bring it all together is staggering.
As part of that blending, it's really difficult to pick out a top track from the album, thanks to how drastically different the band is with each one.  It's tempting to give it to one of the longer songs, "Reminder of Pain" or "Once Again", as these are the ones in which the band gets to hold together the pieces as more and more changes get introduced, but that same approach can be found (just in quicker form) in the short stuff as well.  Taken piece by piece or as a whole, Santo Rostro has done a great job of keeping things truly dynamic.
~ Gabriel