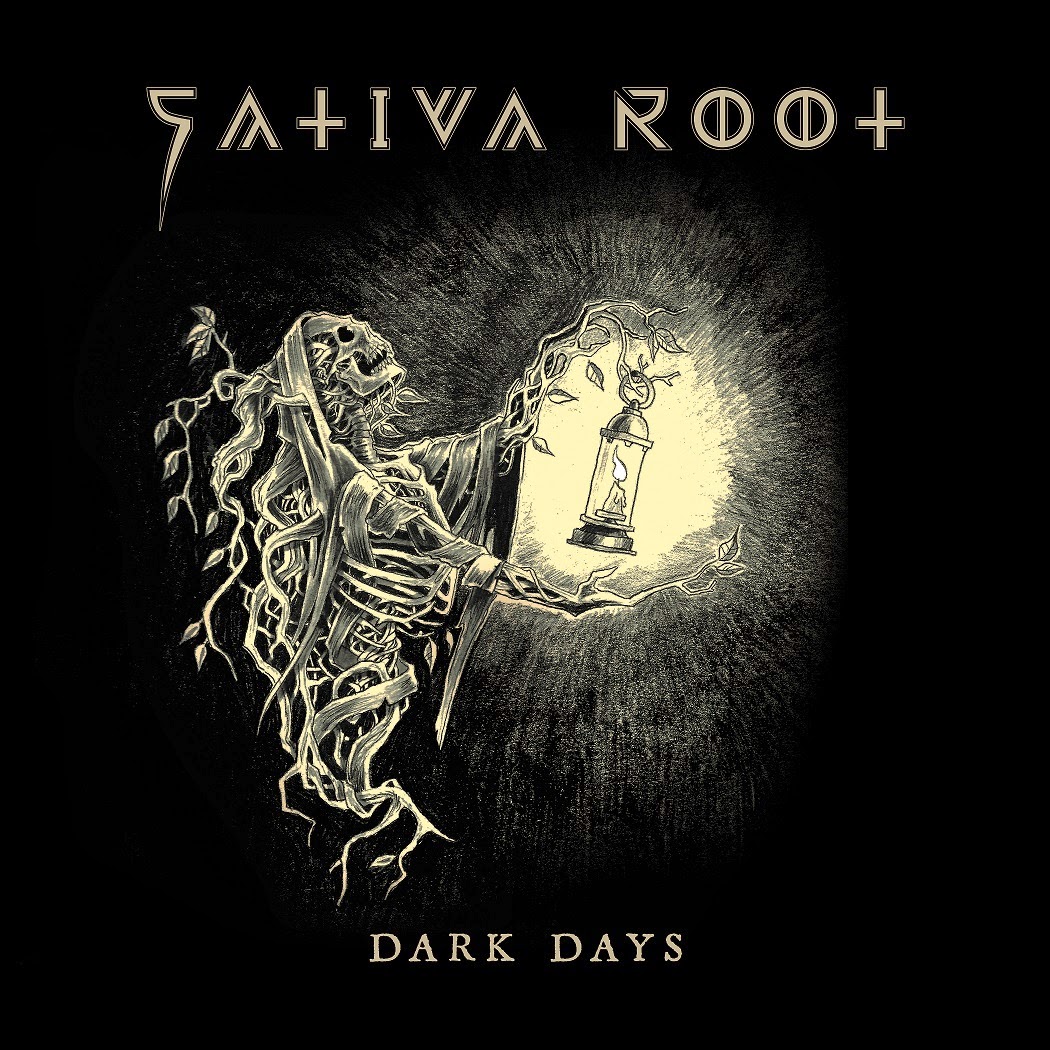 It's been about a year since the Austrian group Sativa Root released their last EP, but they've surfaced again with this double-pack, which begins with the title track.  "Dark Days" begins with some environmental touches like the trickle of water and the clink of metallic objects, but before long the bass steps in to set the stage for the rest of their metal.  The doom is part traditional, part funereal, but there's also an element of sludge to the grim and growling guitar, working to balance the melancholy with aggression.
"La Bestia" serves as the B-side, turning up the sludge influences for a mean growler with some stone-slab bass licks keeping it anchored.  Some deft solos and a solid performance from the drummer keep things moving right along, and the EP closes with a decisive stomp.  Well-rounded enough to show that the group is ready for bigger releases, Dark Days has enough life to it to land firm despite the quick run-time.
~ Gabriel