Valley of the Pigs

Prehistoric Pigs ~ Everything Is Good (2015) 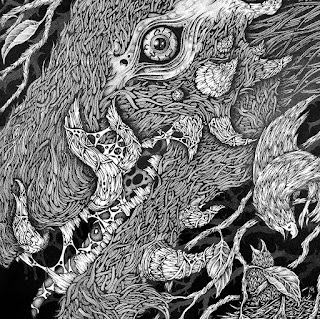 I discovered Prehistoric Pigs a couple years ago on their split with Electric Taurus, since then I've been a big fan. They put out instrumental stoner rock with sludge metal influences, and it's unlike anything being done at the moment. Each of their albums are like the score for some fantastic sci-fi movie that never got made. "Everything Is Good" is no exception to this, with slow and mellow nuances that feel as if you're floating in an infinite cosmic ocean, that more often than not leads into bouts of distorted and groove driven stoner rock that are a trip all their own.  My personal favorite was the nine minute epic, "Hypnodope", opening up at a droning tempo that's in no hurry, it takes more than a minute for the rest of the instruments to join in, along with some accompanying sound clips the track launches in a menacing, plodding pace. Not long after the sound clips fall away, a cello makes its grand debut and really adds another layer to the track, something a little unorthodox, but it pays off. In between those sections is a thick, sludgey interlude that really packs most of the track's punch, and brings the whole thing full circle. With the whole thing clocking in at about an hour, this one can be played over and over again, and you still won't catch everything that's going on. This being the band's first album on The Smoking Goat Records, you can head to their bandcamp and grab a CD or digital copy of the album.
~Skip


For Fans Of; Karma To Burn, Kyuss, Menhir
Facebook • Bandcamp