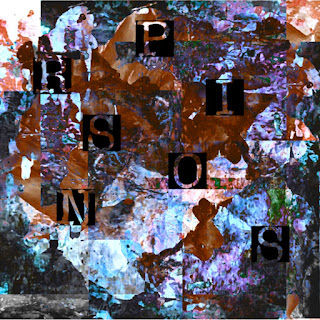 After putting out the single track of "Sun Factory" back in March, the Swedish group of Prisons have now released their first full EP, consisting of four tracks of sludgy metal with touches of post-rock in its DNA.  Unafraid to scream while turning up the feedback, Prisons make use of dissonance to good effect, though the layered arrangements of the instruments generally do more to benefit the group's music than the howling aspect, at least until the points where all the parts hit that volume level.
The EP does a solid job of establishing Prisons' style, and while they stay true to the basic thrust of it, the band is clearly taking pains to approach it from a number of angles, seeing what works for them and what doesn't.  Melodic strains drift in after rattling crescendos, the vocalist is willing to step back at times and let the other members carry the weight, and the number of subtle touches going on underneath the crunchy forefront speaks quite well to their willingness to keep tweaking and adjusting the tracks until satisfaction is met.  A solid step after their first single, the EP suggests good things will continue to come from Prisons.
~ Gabriel