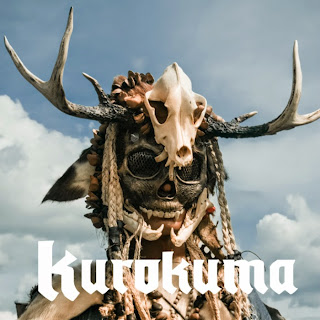 This UK group made their debut with a pair of demo tracks towards the end of last year, both of them in a psychedelic doom vein.  First of the two is "18.2 Tons", which puts the specificity of its name to rest with the big and bludgeoning riffs they swing for the skulls of their listeners, backed up by brain-scraping waves of distortion and howling vocals.  "Ursus Thibetanus" picks up a rolling beat for the drums and bass, while the vocals go even rawer with their outcries of angry vitality.  More shredding and inventive drum-work make for a cool bridge towards the end, which crashes out with a full salvo.  The two tracks make for a solid calling card from Kurokuma; any labels out there looking for a hard psychedelic doom act to add to your catalog, look into these guys.
~ Gabriel

For Fans Of;    Sacred Monster, Agatha, Blood of the Mother, Coffin Torture, Mares of Diomedes