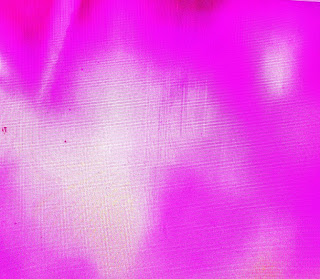 The four songs to be found on Chainsaw Rainbow's debut EP bring a pulsing lo-fi psychedelia to life in the form of feedback, tones, and drones, with each song seemingly recorded live in a single go.  Oscillations, reverb, and riffs that swell into fully-fledged grooves rule the airwaves, while muffled vocal contributions are spoken occasionally, softly under the roar.
There's plenty of guitar mutation to satisfy those who hunger for that sort of thing; if you didn't catch the wink to Jimi Hendrix in the EP's name as a suggestion of what you're in for (along the lines of the wilder stuff in the live "Machine Gun" or his version of "Star-Spangled Banner"), you should probably spend more time with the classics.  Those in need of a steady and definite beat will likely be turned off by the semi-amorphous shape of the guitar's outpourings, but if you don't mind sounds just oozing and vibrating, give it a fair go.
~ Gabriel