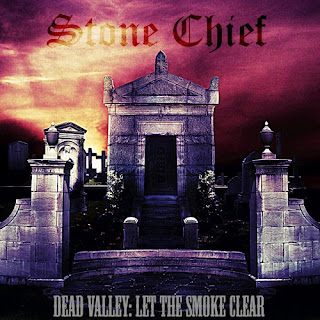 This is pre-production song from one of the latest North Carolina start ups, Stone Chief. "High Noon at the Saloon" is a psych rock track, with plenty of heavy. Like I said, it's pre-production stuff and a little rough around the edges by the nature of things, but all the ideas are there, and they're solid in the execution. With an almost ten minute run time, the song is in no hurry to get where it's going. Opening up with some ringing guitar notes and cymbal taps, it takes a minute for a the riff to really fill out and some more drums to drop in. After a guitar solo and some vocals moving between clean and guttural, things start falling into a riff and moving along at a steady clip. That is, until things start slowing back down within the last three or four minutes, treading the line with psychedelic doom metal for a couple of minutes there before things wind down. You can actually pick this up along with a couple of other pre-production songs off of their bandcamp. After listening to the other two songs, I'm definitely interested in hearing this complete first effort when it's done.
~Skip