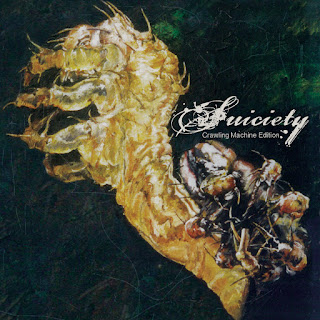 Suiciety is one of Australia's long-established metal bands, despite having taken a break starting around '96, and now that they've reunited, they're pulling some old treasures out of storage.  That unearthing begins with this EP, recorded in 1996 but unreleased until now, and even if you didn't know its back-story, that '90s styles evidenced in it would make it clear where their roots lay.  A little punk, a little thrash, a heavy dash of alternative rock, and a slopping of grungy firmament come together around a tight variety of riffs and energy, and bashes its way off from there.  The six tracks run hot, and while it is functioning essentially as a time capsule, it's a good reminder of the band's capabilities, and should help revive interest in them now that they're operating again.  Desert Highways will be handling the release of the EP on CD and online distribution, so old fans and new ones alike will have a good opportunity to refresh their fondness for Suiciety.
~ Gabriel