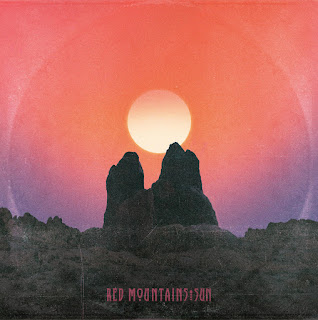 Red Mountains has given us a glimpse of their debut album that's coming out in September on Nasoni Records. The first single, called "Sun". The sound is somewhere in the neighborhood of stoner/psych/desert rock, but judging from this track, there's definitely some doom overtones there too. Kicking off with a slow and stomping riff that sounds like it's off of a Saint Vitus album, it takes a couple of minutes but things heat up and turn into a stoner rock fuzz fest for a minute there. Kind of like the difference between wandering the wilderness in the middle of snow storm, and being in a convertible, blasting down a desert highway at a hundred miles an hour. It probably seems like they have a lot going on, and they do. Not in such a way to make the song feel over-crowded, though, rather moving in between all of the different tones instead of trying to pile them all on at once, and doing all of them well. It didn't stay in one place too long though, so the track is a big tease, but I'm betting the album will be the easy older sister.
~Skip