Struck From The Blue... 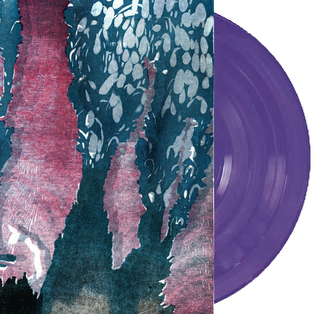 This first LP from Kaleidobolt, part of the Pink Tank Records family, isn't out yet (that'll be August 14th, so go ahead and mark your calendar), but we couldn't miss the chance to go ahead and gush a little bit about their music.  First off, if you like heavy, psychedelic, or stoner rock (or any combination of those), you'll want to check in on Kaleidobolt, as they explore that territory pretty thoroughly over the six tracks to be found here, with traces from a variety of other influences bleeding through and vanishing just as quickly as the rotation continues.  Prog, heavy metal, krautrock, doom, jazz, and others make their mark on the main heart of the music, with the band adeptly juggling them all into a colorful blur, and throwing more tricks in with each track, though they never let the technicality overwhelm the essential blistering drive.
It adds up to one very solid album with plenty of variety, with the chaotic spins expertly controlled to ride momentum from one track to the next, and forcibly pull listeners along in its wake.  Like I said, mark your calendar, because you won't want to miss out on this one; vinyl's limited to 300 copies (split evenly between purple from PTR, black from the band, and white for regular distribution), but there'll also be CDs and download copies aplenty to make sure everyone gets a chance to hear Kaleidobolt's power and get their ears spun.
~ Gabriel

Kaleidobolt - Rocket to the Moon